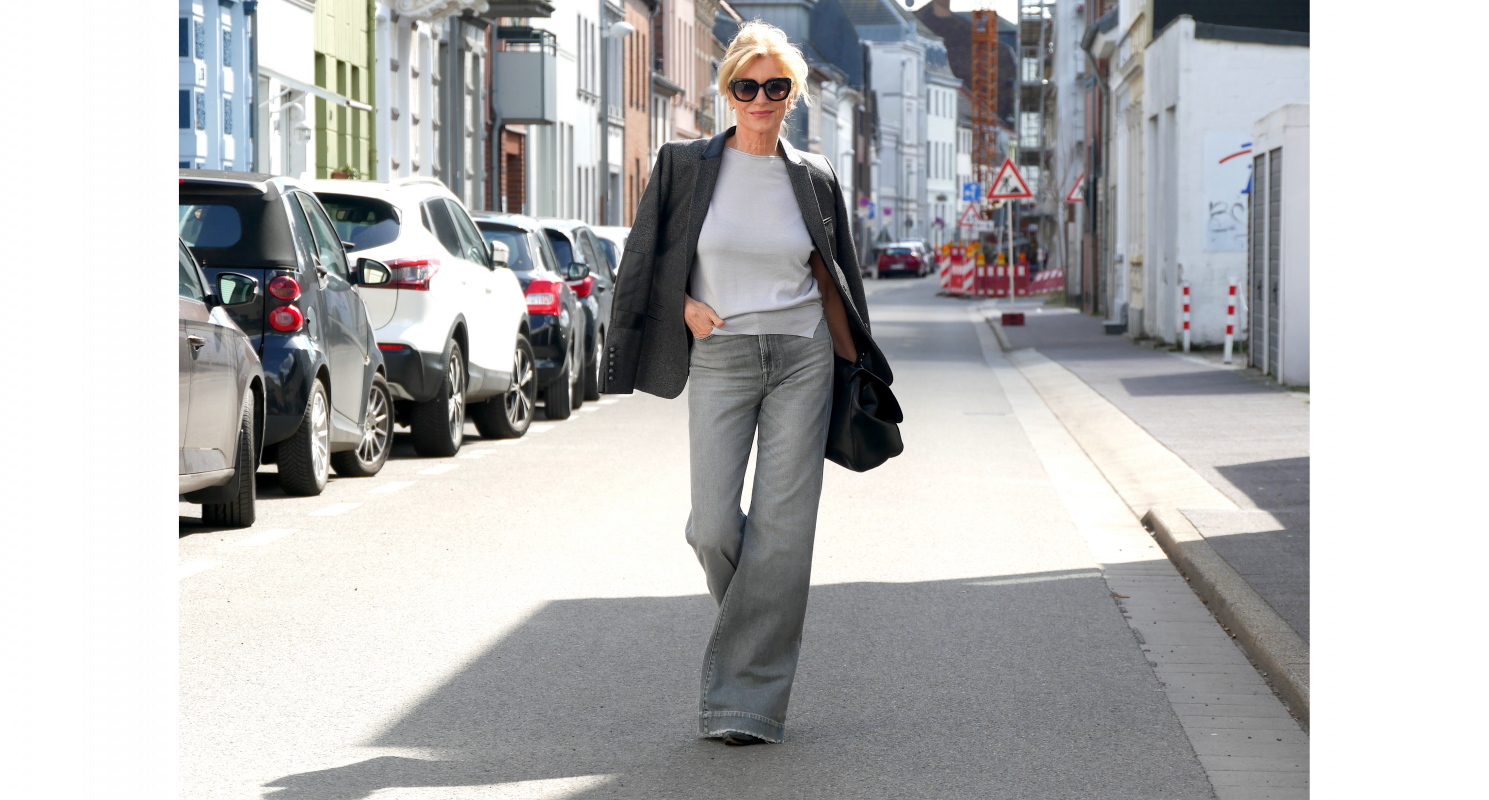 I don’t know exactly when I came to this realisation … Perhaps only when I received an invitation from the Tertianum Premium Group. These are high-quality living concepts that offer an urban and self-determined life in old age in Berlin and other locations in Germany. Together with the online magazine Heyday (slogan: for women who don’t allow themselves to be pigeonholed into old age), I was invited to Berlin along with 9 other women for a discussion around the topic of „living and living in old age“ to get to know the residence. Interesting, I thought! Very interesting indeed!! And at the latest then it became clear to me: I am over 60, I have old age! Just the other day, my life insurance company had congratulated me on my imminent payout. That’s not sexy, but it’s true and it’s also meant to be „entertaining“ – just pecuniary. 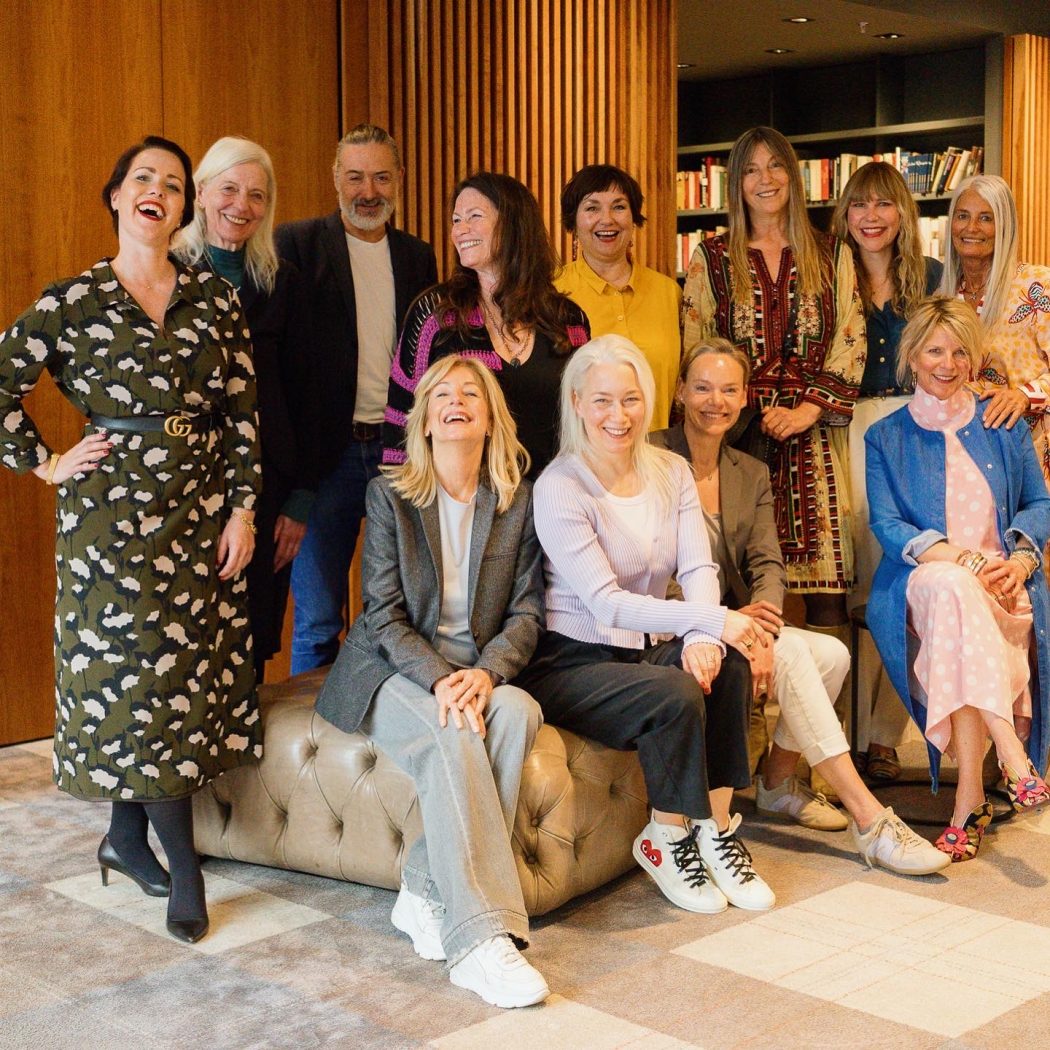 Only ignorant people my age can overlook the impending pensioner status or people from the age of the hippies. Flower children, like you & me, from the Swinging Sixties, the ones who thought they wouldn’t live to see this age anyway and that life provision was for the bourgeois. I’m a touch younger, not much, but it was enough then that I was still exposed to other currents of life. Forward-looking women on my floor at the „freundin“ editorial office in Munich, for example. To the right and left of my single office (yes, that existed, back in the stone age of the media age) everyone had life insurance. The insurance broker of the press supply was a welcome guest at Burda and accepted applications by the dozen – including me, the young editor. Dear colleagues had urged me with the words, „Gee Tina, you won’t become more independent now if you don’t do this.“ Thank you Cornelia and Renate, today I am looking forward to the upcoming payout and will invest in a new kitchen (our old one – bought at ebay 17 years ago, 12 years old – has just been flooded by water).

Old age, it has to do with dwindling physical strength and is the phase that precedes death. Or to put it another way: From 60 onwards, we enter the third half of life, enjoy retirement and more leisure time, and find ourselves somewhere between the climacteric and knee prosthesis. If we take a closer look at ourselves and our age – which, by the way, a whole society does not do – we notice that the accents are slowly shifting. According to the WHO, old age starts at around 60, and between 60 and 74 you are a young old, after that it’s off to the very old. 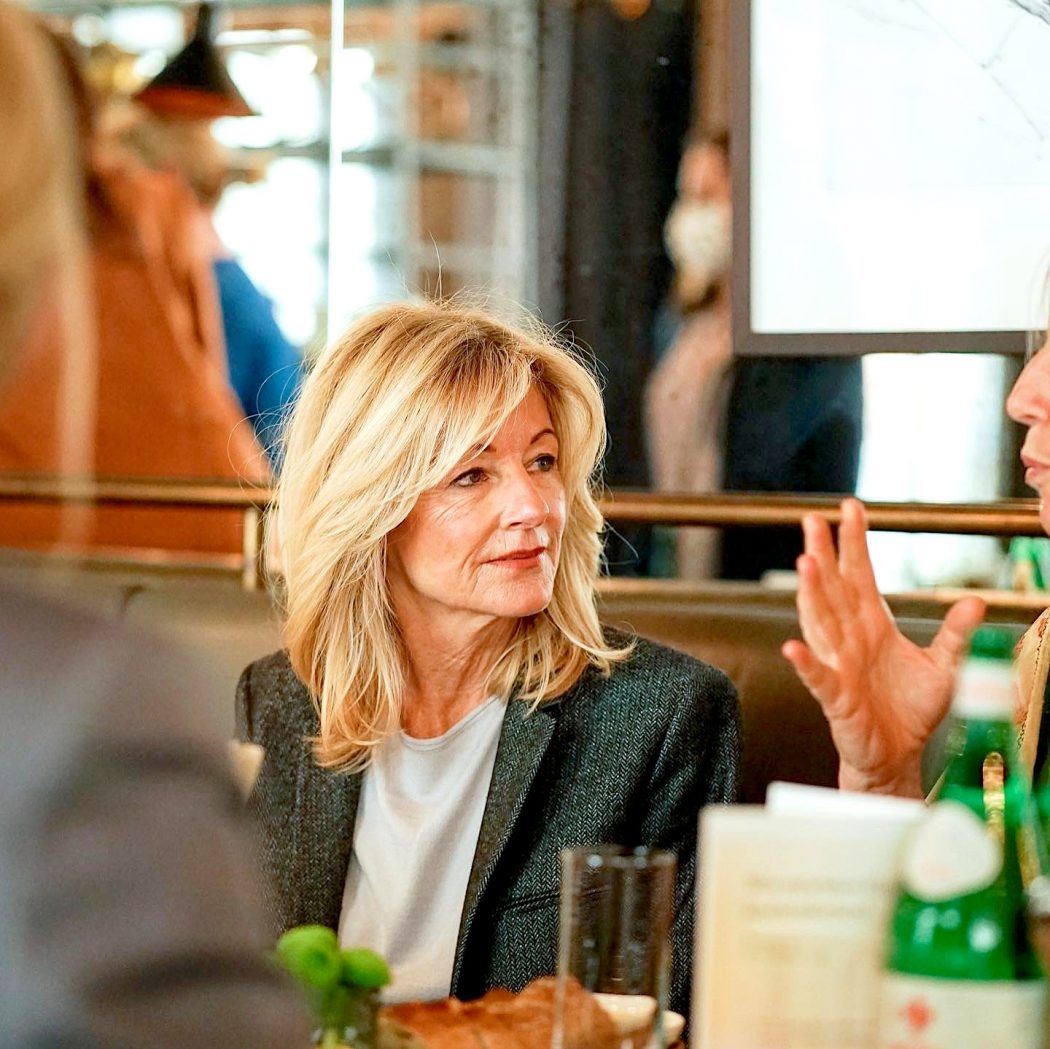 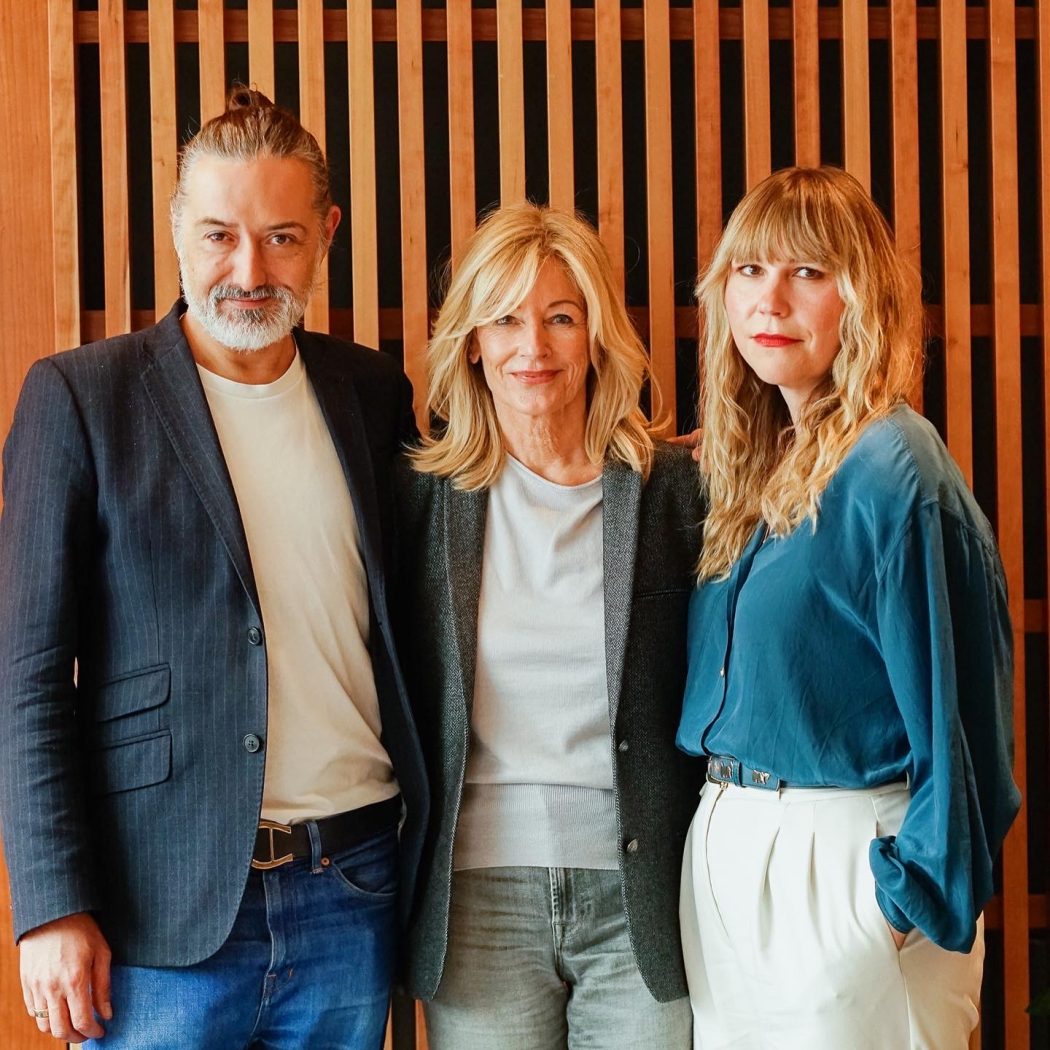 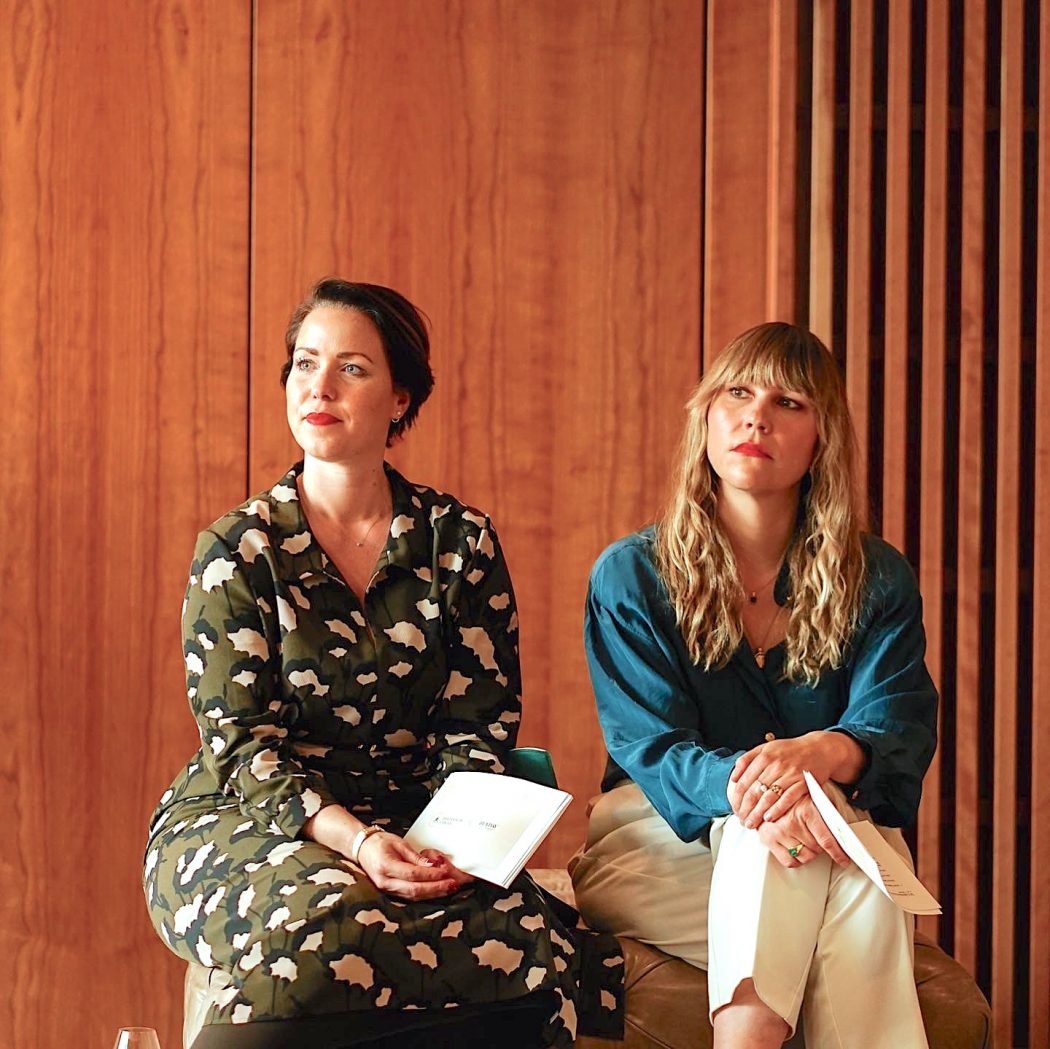 Jesus! I have age … It scares me and doesn’t get any better with the realisation that it eventually affects everyone. Just between us, and I’m only telling you this in case some of you feel the same way. Now that I’m over 60, I’ve actually discovered a few conspicuous features about myself: for some time now, I’ve preferred to wear midi instead of mini. I’m thinking about Botox and Hyaluron. I google more illnesses instead of fitness apps and – I tend to view changes in my body with suspicion instead of joy: „Is it supposed to be like that?“ I ask my medically trained husband.

From a biological point of view, old age makes little sense, because the more years we live, the more diseases we get. Culturally and socially, however, old age makes a lot of sense, because it is the only way we can give something back to society from our wealth of experience and our skills. „Several adult generations living side by side inspire each other and can contribute their worlds of experience to society – that’s what makes our lives colourful,“ says Prof. Dr. Adelheid Kuhlmey, Director of the Institute for Medical Sociology and Rehabilitation Science at the Charité in Berlin. And more! „We have to rethink old age!“ the scientist demands. Going 20, 30 or even 40 years into private life requires new images of old age. So WE are challenged, we need new structures for old age, we must continue to train competences so that we can pass them on. So we need new ideas, new fields of activity and more appreciation for old age. A point that the Asians are much better at than we are. 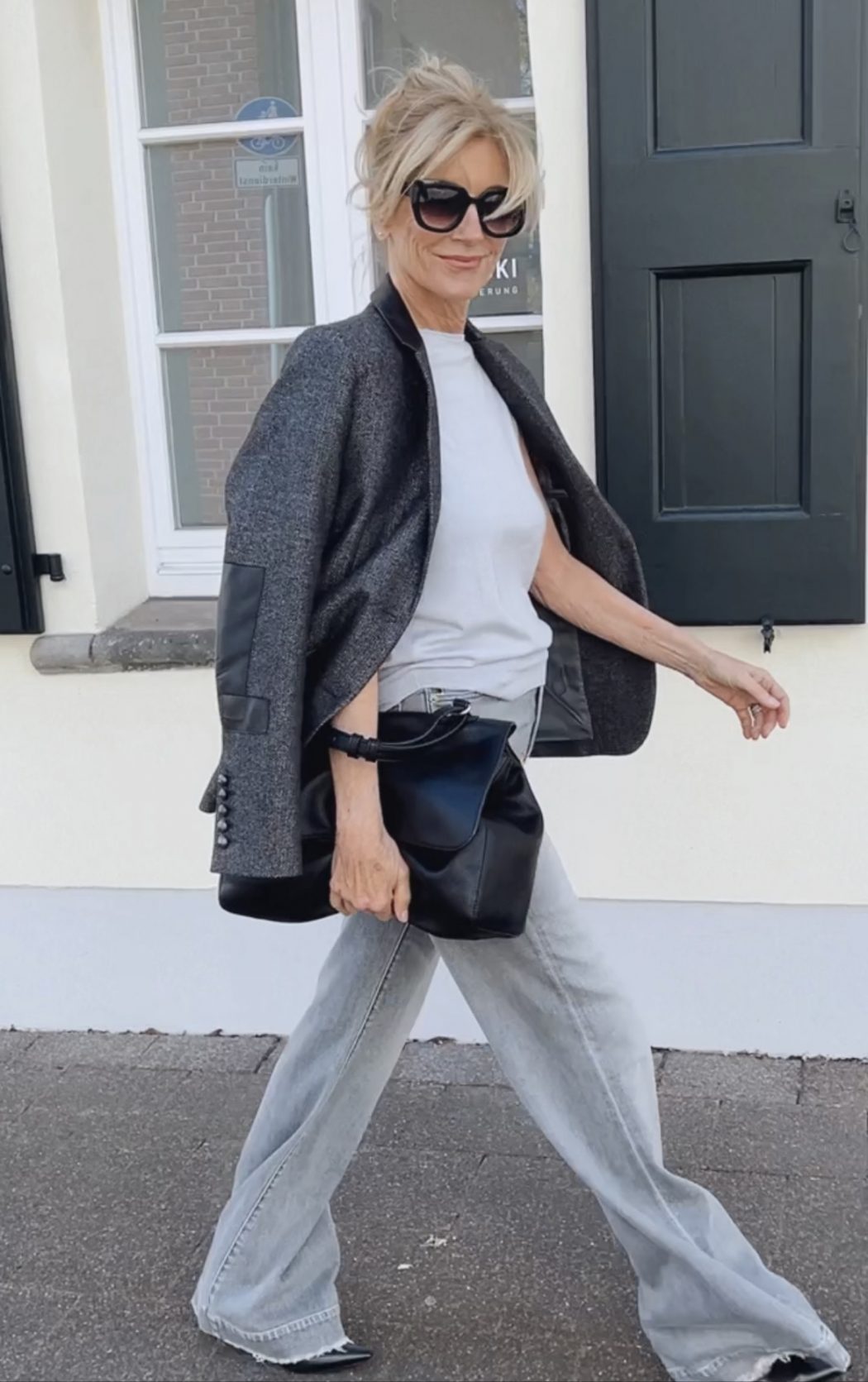 Is it possible to age correctly? Individually, with or without Botox and Hyaluron, but with a thousand plans in my head? When I look around at my age, I realise that women and age tend to happen invisibly! Because there are few older role models, those who can be role models and examples, widely VISIBLE(!) in the media and social media. Personalities – dazzling, courageous, extravagant, creative women and, for all I care, the stuffy ones too. The ones who, with their many colourful lifestyles, offer orientation for all of us – us women in our old age! … Yes, so there is less going on. A positive image of ageing, one that tells us, women as well as men: Hey, there’s still something to come! In the third stage of life, things start to happen. It’s new, exciting and about new opportunities instead of illnesses. So it’s better to make plans for old age today than tomorrow – that’s what I mean!

At the beginning of May, I received an invitation to Berlin: „Living in old age? I hadn’t reached this point yet, but new ideas and structures? I’d love to! To get to know each other, I went to Brasserie Colette, right next to the Tertianum Residenz Berlin (where top chef Tim Raue spoils us and also acts as the Residenz’s culinary advisor). On the way there, by the way, I had the sentence I read somewhere in my head „Today is the opportunity to build the future you want“. Maybe because in preparation for this meeting in Berlin I had read across the topic of „old age“ and had many catchwords in my head: dignity & extensive independence, as well as trust, meaningfulness and very importantly – love! Growing older in our society is a virtually negated process, we do not grow older consciously, but rather unconsciously. What helps? According to psychological studies, people reach a low point at 46 – that’s when most people are least satisfied with their lives and what they have achieved. After that, things start to look up, and at 60, women and men experience a new high in satisfaction. There you go! That’s encouraging!

Whether in a city flat, a multi-generation house or a retirement community – everyone has their own ideas about how we want to live later. I tend towards a retirement community, but I/we don’t have enough members who are interested in such a perspective. Apart from household chores, cleaning, cooking, tidying up, ironing – this family state of siege, which I have just escaped after my 2 sons and 2 daughters by marriage moved out. How does that work and who does what? 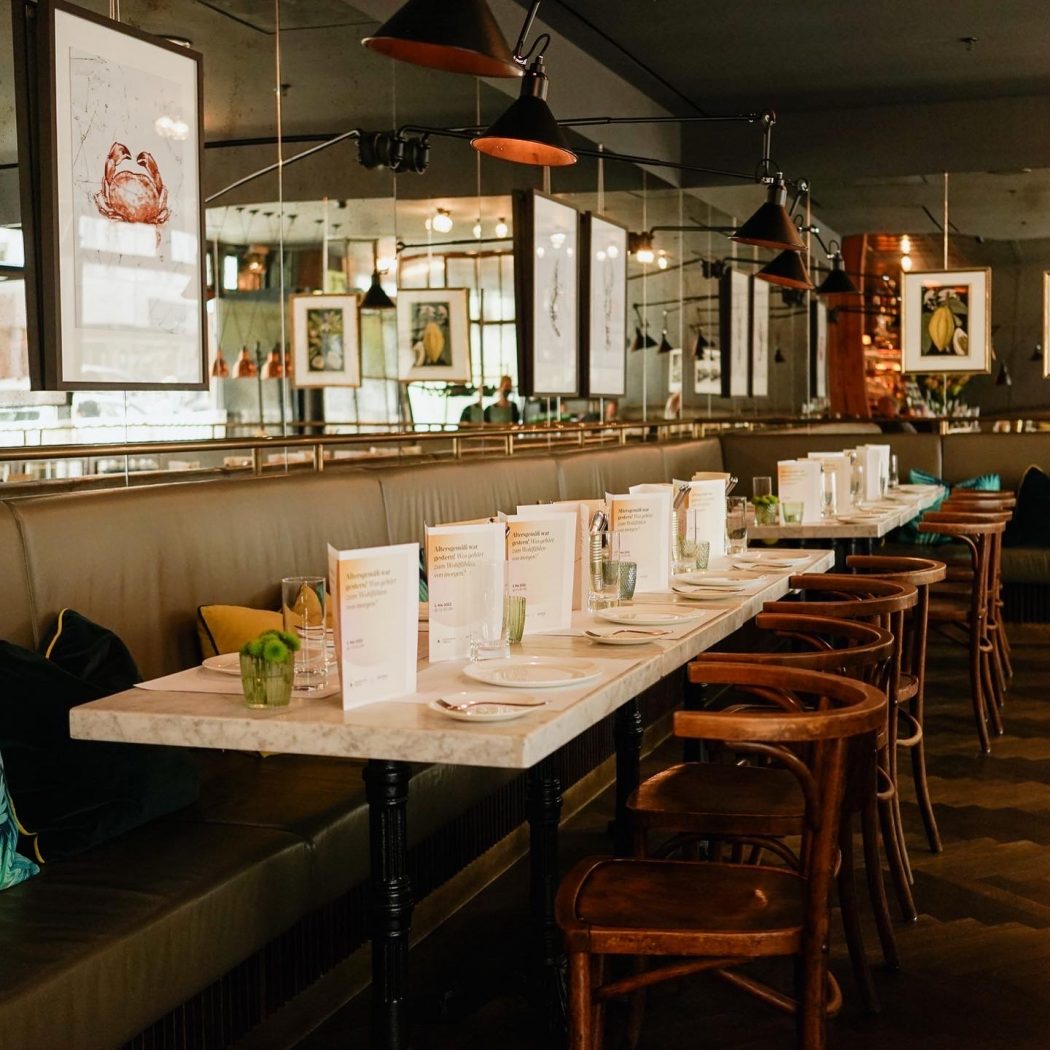 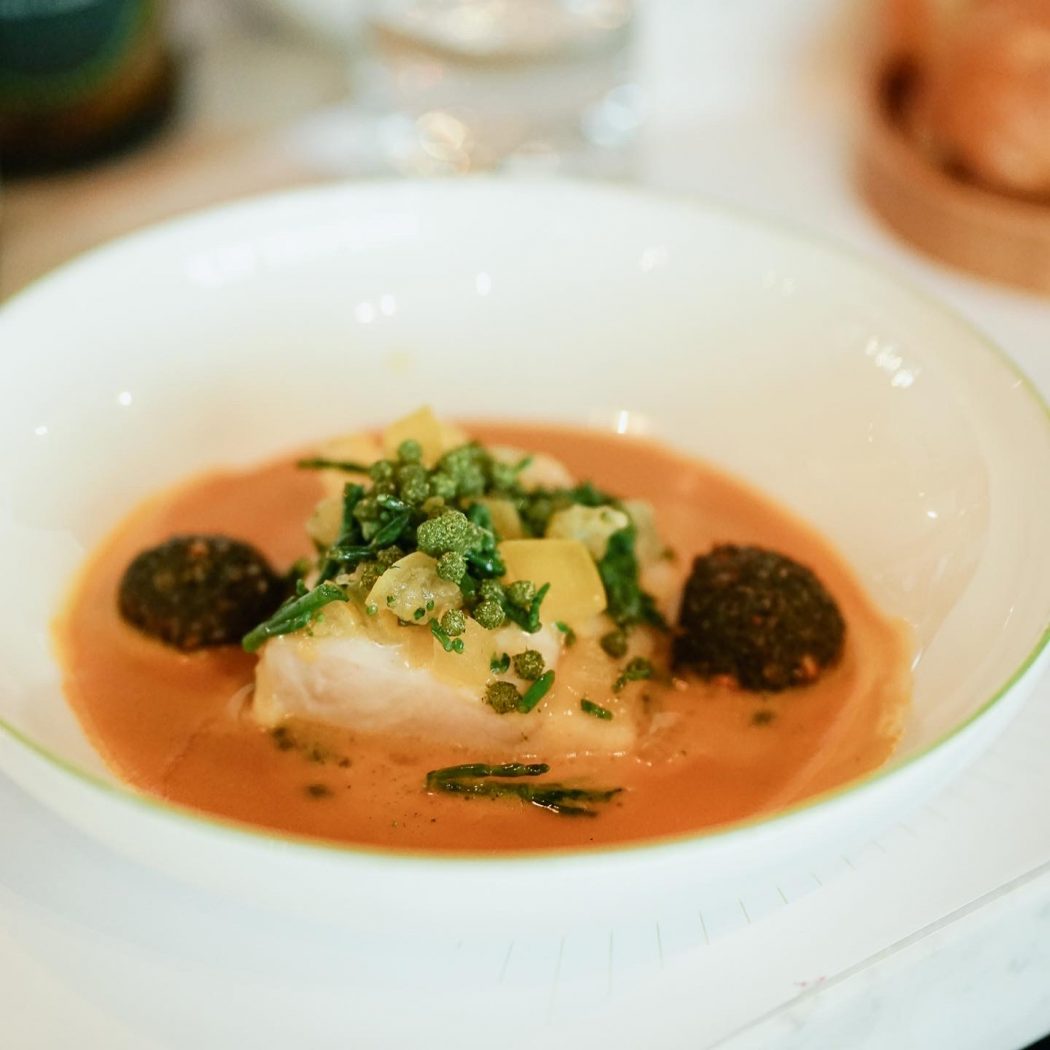 Who do I want to live with in old age? 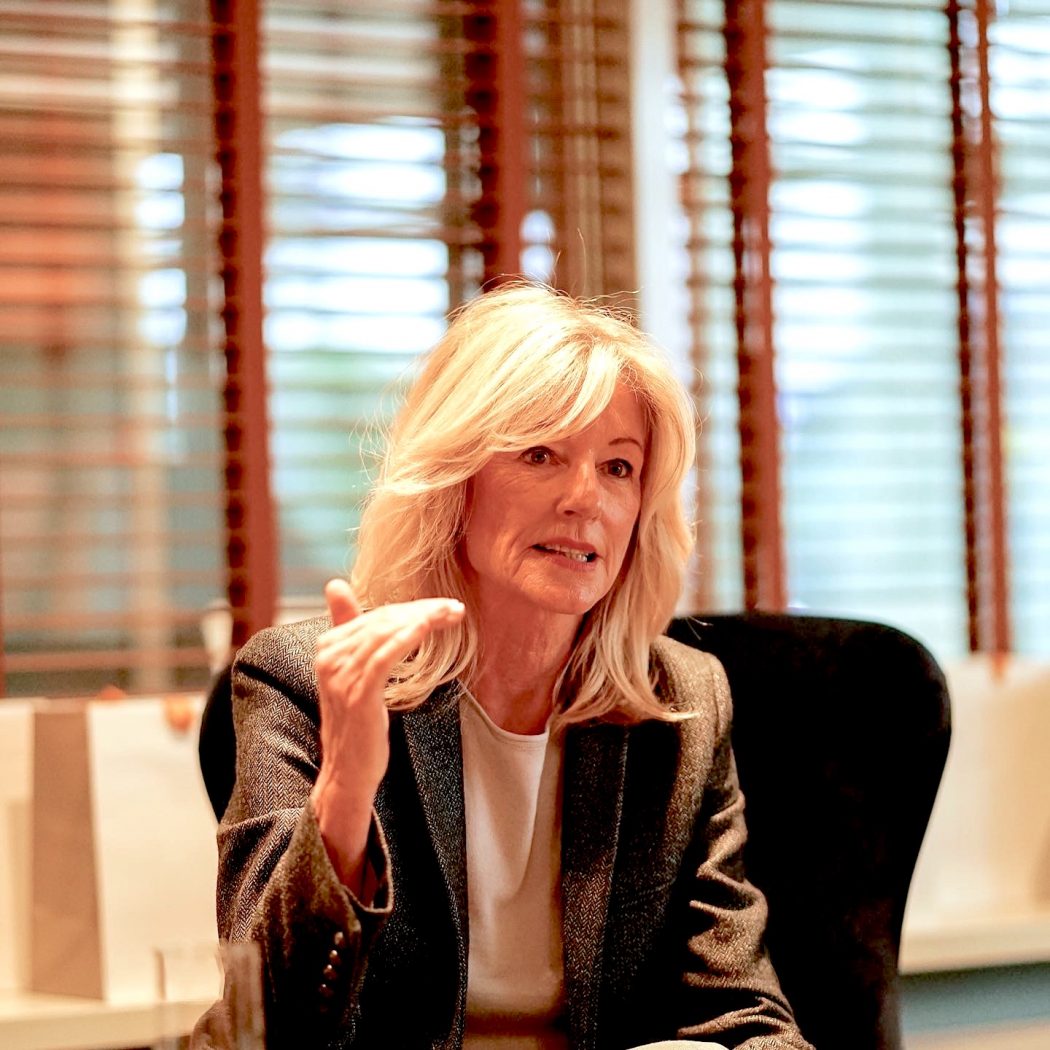 Keyword: multi-generation house. „The intergenerational form of living in one’s own family no longer corresponds to today’s reality. Self-determination and autonomy are increasingly important for all generations, with the result that the family is drifting apart and people are building their own location-independent careers.“ I’m already experiencing this in my own family, who only visit – which I always look forward to insanely! „The desire of the „old“ to be (re)integrated into the family is rather unrealistic and also still holds not inconsiderable potential for conflict.“ This is not from me, the source of information is my husband, who as a psychiatrist & neurologist is also well versed in geriatrics. But I am not alone in wanting to spend my life to the end, at least with my own partner. But! It is only realistic to a limited extent – the death statistics show that due to the different life expectancies, women often spend the last years of their lives alone. Pooh! …

What helps? As with everything in life, it also works around the topic of ageing: look closely and acquire knowledge. At the Tertianum in Berlin, we were able to get an impression of this residential model: With a guided tour through the atrium, club room, residents‘ restaurant and a visit to two flats. The Tertianum retirement living concept is geared towards long-term independence; support and well-being are the focus.

In the subsequent discussion on the topic, we talked about ourselves – about wishes & needs. What do we need to feel good in old age? If you talk about the problem, it becomes easier – a guiding principle from psychology that also applies to old age, which we could all understand on this day. What are our goals? How can we achieve them? Why is it important to think about possible housing solutions in old age at an early stage? What experiences have we had in family and among friends? There were many topics and many emotional stories on this day in Berlin.

What have I learned from this? We will definitely discuss with our children how I/we imagine our old age and living. They are the ones who, for example, enforce our wishes and ideas if we are no longer able to do so.

What else did I take away from this day in Berlin? A whole cornucopia of new and interesting topics: Women & Age is about diverse partnerships, new self-confidence, loneliness, cosmetic surgery, the importance of family, sexuality, dating or being single, ageism, age-shaming, emancipation, job, serenity, fashion & beauty … just to name a few. Which is why there will definitely be much, much more to read about this topic here on CharismaLook. Because one thing is certain: communication is the key to a self-determined life – even in old age!

Necessary immer aktiv
Necessary cookies are absolutely essential for the website to function properly. This category only includes cookies that ensures basic functionalities and security features of the website. These cookies do not store any personal information.
Non-necessary
Any cookies that may not be particularly necessary for the website to function and is used specifically to collect user personal data via analytics, ads, other embedded contents are termed as non-necessary cookies. It is mandatory to procure user consent prior to running these cookies on your website.
SPEICHERN & AKZEPTIEREN